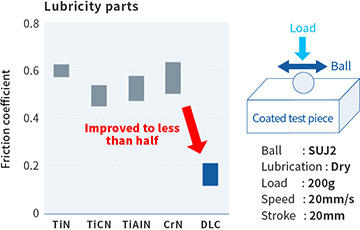 UBMS®
This method enables the formation of film in the a-C area and gives the film a quality similar to graphite.
By injecting a base gas (hydrocarbon), it is also possible to form a film in a-C:H, which is the area of CVD.
In addition, UBMS® enables the formation of smoother films than AIP® because droplets do not adhere to the substrate as in AIP®.

CVD
This method enables film formation five or more times faster than AIP® or UBMS®.
Since hydrocarbons such as methane and acetylene are required, hydrogen-free film cannot be formed.

AIP®
This method has a higher ionization rate than UBMS®, thereby enabling the formation of film with diamond-like hardness.
Since droplets generated from the solid evaporation source adhere to the surface of the substrate, the surface has a high roughness, and therefore, surface polishing is required after deposition when using it for moving parts. (A smooth surface can be obtained using UBMS®.)

Many automobile and motorcycle parts are used under very rigorous sliding conditions. Among these, engine parts for race vehicles are made significantly lighter with high output, and extremely high durability is required for sliding parts.
Diamond-like carbon (DLC) film is indispensable as a solution to create high resistance to seizing and wear even in high-load conditions from commercial vehicles to race cars.

Patented with DENSO
To provide high adhesion for iron-based substrates, chromium is formed as the ground layer. A WC/WC-C graded layer is formed on top of this, and it is gradually migrated to a DLC film. 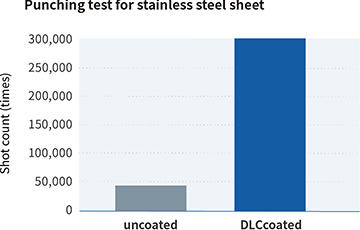 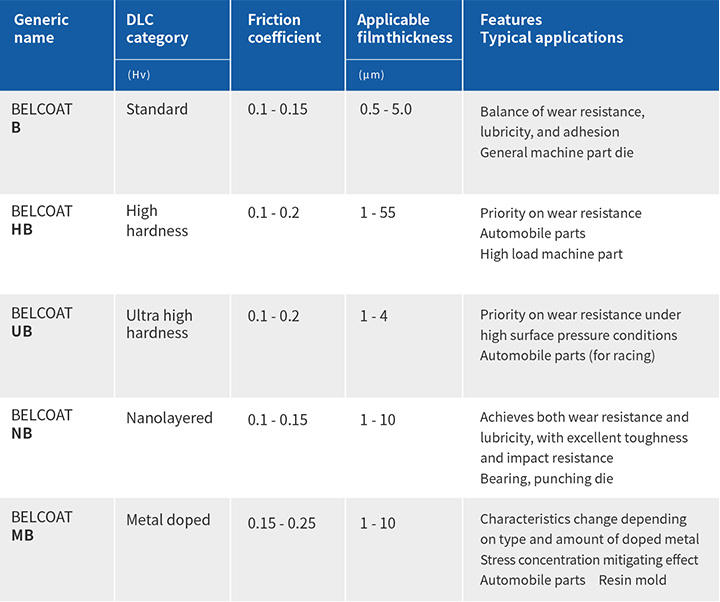